Beehive Mountain from the logging road which follows the Old Man River.

Matt Clay and I had been discussing my 300th mountain ascent for a few weeks. When I had more or less agreed to go during the week, he sent me a list of possible peaks. I picked the most obscure peak on there; Mount Lyall, as it would make a great 300th mountain. Then went on to suggest we leave early enough to give Beehive Mountain (also on the list) a try as well. Since they were theoretically near each other. He sent me his previous research, and everything looked straight forward. So he planned out our route, and off we went. It is great to have friends who research even more than you! This day worked out well, but turned into a very long one. Setting a new record for most elevation gain in a single day for both Matt and I. It was amazing to get two rarely ascended peaks in a single day though! Possibly the first time they had both been ascended in a single day?
© Alison Sekera 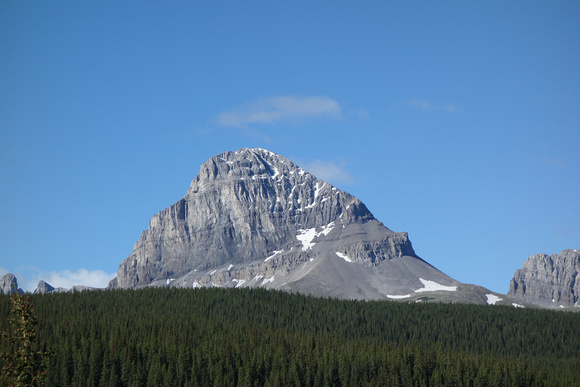