I accidentally ascended the alternative descent by following the wrong trail at the beginning. This photo is looking over at the actual ridge, which I descended. It was good moderate scrambling on mostly solid rock.

This peak is in Kananakis Country. It is a small outlier of The Wedge, and made a good short scramble for early season. All photos are from my phone as my camera was not working. Therefore I also lack any pictures of the good scramble sections because I was too lazy to take out the phone during those parts. Also no summit selfie to post this time, as they turned out extra awful on the phone.
© Alison Sekera 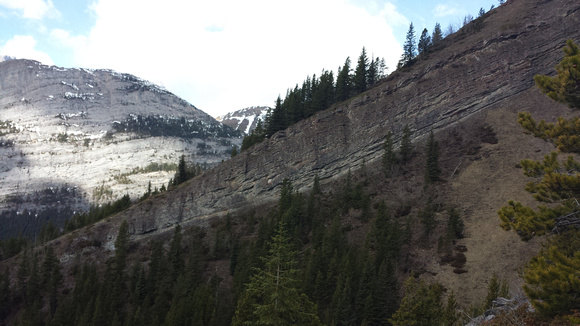