After leaving the trail to west wind pass we bushwacked up to this point. Finally we saw that we had made it to the ridge and had gotten around the rockband very easily. We had started on a faint trail but lost it quite quickly. I'm not sure there is a good trail up to this rockband.

First Kane peak of the year. The whole route was nice and dry. Can't say I liked the scree on slabs bit, but there was an alternative descent for that part, and the rest was fun. I've been meaning to complete this scramble for several years now, so it is good to have finally gotten around to it.
© Alison Sekera 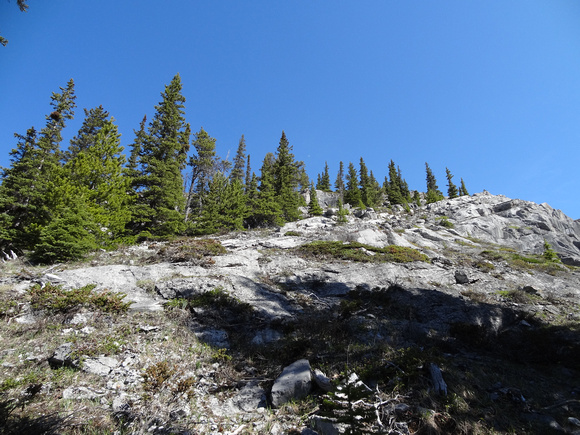