Looking back on the way up to the gully you ascend to the promontory in Kane's description.

After seeing a post on the facebook page that someone had ascended this last weekend I immediately wanted to go. Getting a Kane peak in early spring was too appealing to pass up. And I had never been too sure I wanted to do the Tick Ridge/Cockscomb scrambling route. It sounds super exposed. So I was fine with ascending the southeast slopes descent route on this day instead.

We didn't have that great of weather, with swirling clouds on and off until we were back at the car. Then it cleared up (typical) for a short while. Looked like it clouded over again soon after. But this did mean we had firm snow conditions on the upper portion of the mountain which limited post-holing to a short section in the lower trees. Which was very nice.
© Alison Sekera 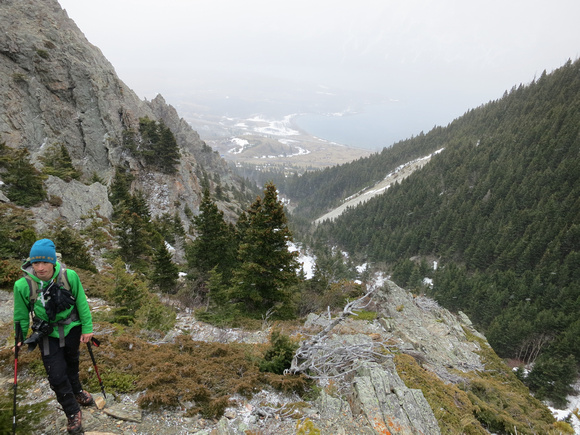