This is listed as a "pleasant and popular training hike" in the Rogers Pass Alpine Guide by David P. Jones. That book is meant to be used by climbers though. To us scramblers it was a more difficult outing, but since it was on good rock it was indeed very pleasant. It was mostly 2nd class (easy scrambling) except for the ascent up the East Buttress of Mt Afton which was 4th class (difficult scrambling).


I really liked the ascent except for the traverse back from the easier descent off Afton back to Abbott ridge. Mostly because it involved more elevation gain at the end of the day. I think if for whatever reason we were to do this again (which is unlikely due to my current list of other objectives, even though this was fun) we would descend back down the same way. Just to see if I could without being too afraid. We'd have to take a rope if we did that. Since we were not descending the 4th class terrain but rather the 2nd class we did not bother to bring a rope and harnesses.
© Alison Sekera 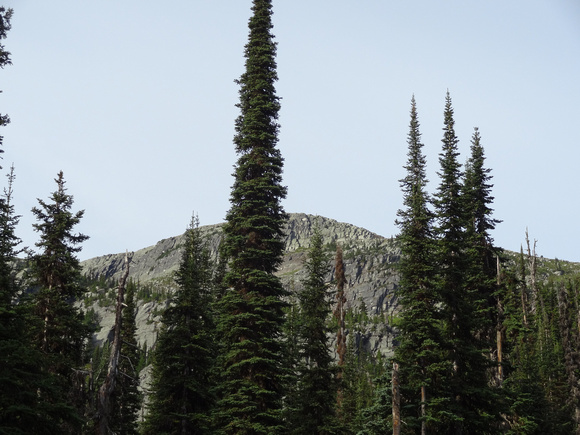