Looking up at Coffin Mountain (Mount Speke on some maps) from the approach road.

First off sorry about the horrible photos from my phone. I left my camera on the kitchen counter that morning.

I chose this peak because I had to be in the south for a Thanksgiving dinner. It was mostly dry, so it was nice to scramble instead of hike up one of the foothills to the southwest that were my backup plans. It was a mostly cloudy day, but I did get some summit views. I ascended the Northwest Ridge route. Then I took an alternative descent off a ridge just a bit south of the summit down to an ATV track. It was a lot less steep than the Northwest Ridge and the forest didn't have much deadfall so it was a lot easier.
© Alison Sekera 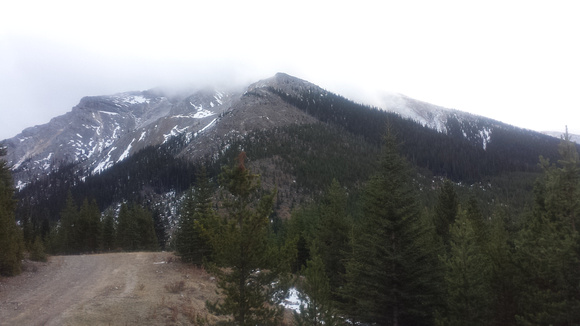