First views up on the ridge.

After Vision Quest it was only ~12:30pm. We had been planning on ascending Coral Ridge on the second day of our weekend. However the weather that day didn't look so great. So since it was so early, we decided to just ascend the second ridge that same day! This worked out really well.

I hadn't done too much research on this peak though. I didn't realize there wasn't a trail. I also had failed to download a GPX track, trusting the line already on my topo map. Thankfully the line was the best route (in my opinion) available! Do not do this though, I'm just saying it worked out for me. Its not the same route as Bob Spirko took.

The route goes to just before the junction of the main trail and a side trail. Leave the side trail at 3 marked trees and start up in a rising traverse. It circles around some rock bands, and steeply ascends in the forest up to the ridge at this point. See the final photo for the line.
© Alison Sekera 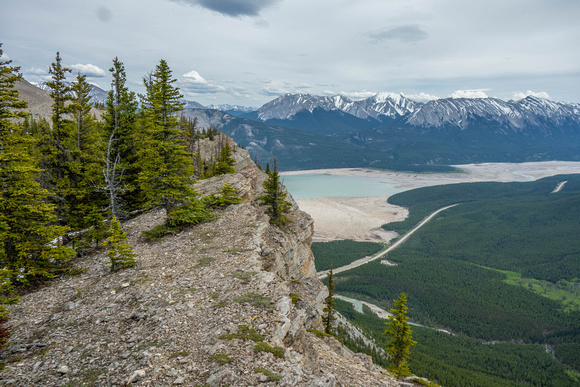