Starting out on the well road.

This was the final part part of Josée's birthday weekend. I had to work on Saturday, so it was really enjoyable to be out again.

We had the perfect day. Nearly cloudless and nearly windless (which is very odd for this region).

We ascended / descended from the south, into the second bowl to the northeast of the summit. This is not one of the alternative descent routes described in Nugara's book; which is the first bowl, but worked out very well.
© Alison Sekera 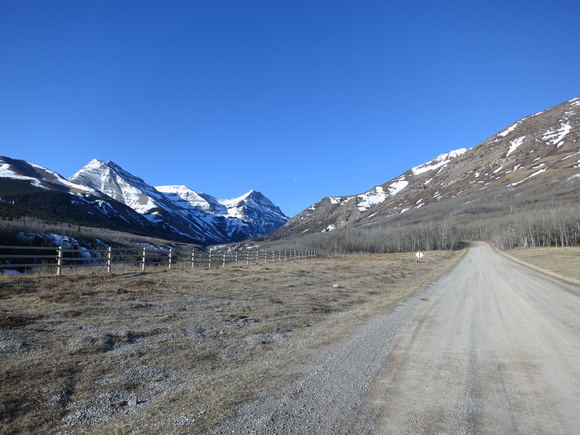