View of Mount Athabasca from the Icefields Parkway the night before the ascent.

This was my first 11,000fter and the first time I completed a mountaneering ascent. It was completed at the end of a two day course which involved crevasse rescue and glacial travel. This ascent was guided.

The white pyramid visible on the mountain is the silverhorn and the true summit is to the left on the flat rock/snow part. Our ascent/descent was via the AA Col route. That goes up to the far right, then behind the mountain, gaining the silverhorn from out of the photo, and climbing along the ridge in the picture all the way to the summit.
© Alison Sekera 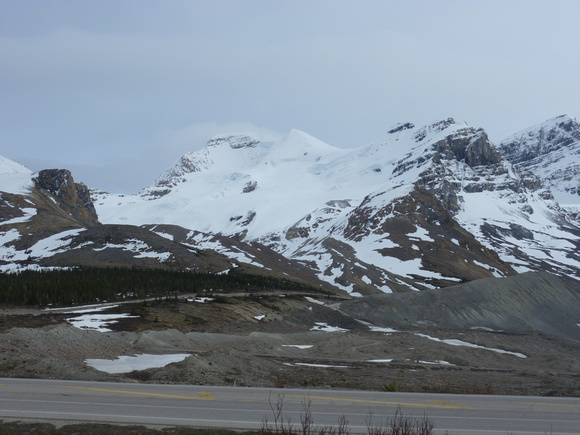