The Howse River from the Glacier Lake trail.

Matt had brought up this peak quite a few weeks back. But we hadn't gotten around to ascending it. After Raff and Joanna did, and reported a faint trail nearly to treeline we decided we had better get going before it became popular. As well, since we now knew it basically did not have a bushwack, it was far more appealing of an objective. We had Joanna's GPS track. While we could have navigated based on her text description it was nice to look at the track where the trail became faint. It saved us time hunting it down everytime it vanished in the undergrowth, and there wasn't flagging in the immediate area.
© Alison Sekera 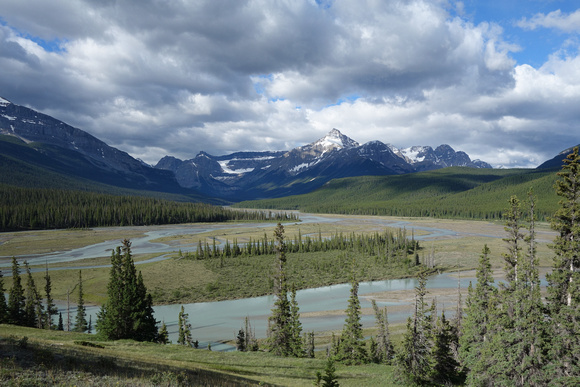