View from the trail to Kiwetinok Pass on the first day. Mount Kerr is on the left. The pointy peak on the left is the high point of the massif and the true summit, the one on the right is the Kane peak which is also the peak named Kerr on older maps. To the far right in the photo is the slopes we went up in our attempt at the easier route up McArthur.

After our failure to complete Mount McArthur we traversed over and found the regular route to Kiwetinok Pass and ascended the Kane summit of Mount Kerr. We didn't attempt to continue on to the true summit due to the large about of snow on the slopes you must travesrse/ascend.
© Alison Sekera 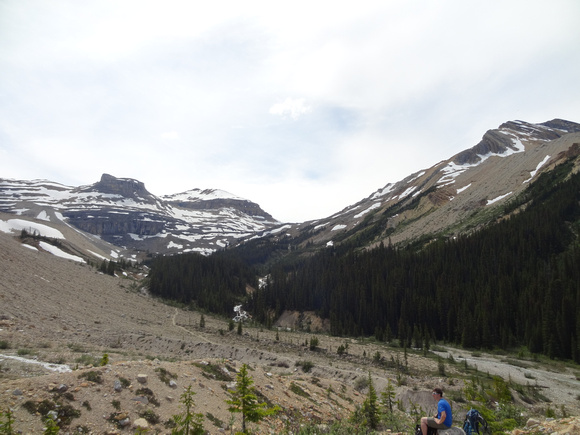